The SKyPAC Ambassadors is a volunteer program that supports SKyPAC’s Mission,

Values, and Vision.  Ambassadors have a passion for the arts and an enthusiasm for providing exemplary customer service. Ambassadors greet and direct patrons, take tickets, distribute programs, assist with patron seating, and monitor the House during SKyPAC and Capitol Arts Center performances.   Ambassadors also assist with administrative tasks, gallery events, and education programs.  SKyPAC Ambassadors contribute a personal service to their community, their region and the arts.  The hallmark of SKyPAC Ambassadors is their dedication to ensuring that every patron has a positive and memorable entertainment experience!

Ambassadors must be 18 years of age or older, undergo Ambassador orientation and training, pass a background check, have a valid e-mail address and internet access, and commit to serving a minimum of 40 hours per season.

As a non-profit organization, we rely heavily on the strength and  dedication of our 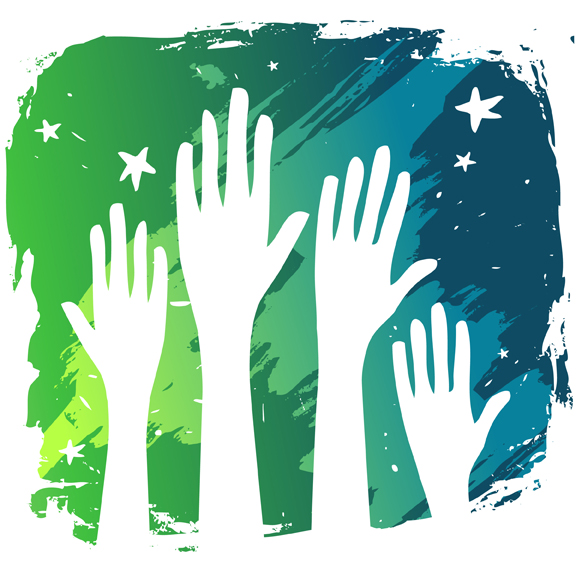 ambassadors. Their time and talents are vital to the success of our organization. A ceremony to both celebrate and recognize our wonderful team was held on Tuesday, June 16 in SKyPAC’s main hall followed by a cocktail hour in the Donor’s Lounge. Special Awards were given to Laura Coker who receive the 2015 “Above and Beyond” Award in Recognition of Exceptional Customer Service and Kessara Dagley who received the 2015 Outstanding Service Award in Recognition of  Exemplary Leadership, Selfless Dedication, and Volunteer Excellence.

“We are grateful for the many hours that our ambassadors have donated, and for their dedication to the Ambassador credo of “…ensuring that every patron has a positive and memorable entertainment experience.” Lynne Gilcrease, Ambassador Coordinator.

Before the theater lights dim. Before the hush of anticipation falls over the audience. Before the orchestra strikes the first notes of the overture. Before the curtain rises and the first actor appears on stage.

Before all of that—a pre-performance air of ambience falls over SKyPAC’s immense lobby with its soaring three-story ceiling. The doors open and the first audience members drift in. As the lobby fills, a conversational hum rises, punctuated by the greetings of friends meeting up.

It’s opening night of “Anything Goes.” The show has drawn an audience of all ages, from animated grade school children to their parents and grandparents–all here with the expectation of being thoroughly entertained. Waiting to serve them is a small army of volunteers (aka “Ambassadors”) and SKyPAC staff, with smiles all around and an eagerness to make everyone feel welcome.

Half an hour before show time, I stand by the second floor railing, taking in the scene below, swept up by the excitement surrounding the opening night of this Tony award-winning, highly acclaimed Broadway revival.

Originally produced in 1934, Cole Porter’s vibrant song and dance extravaganza was an enormous hit. One of the longest running musicals of the 1930s, it starred the legendary Ethel Merman and marked the peak of Cole Porter’s celebrated career as composer and lyricist.

Fortunately, we in Bowling Green don’t need to travel to New York City—or back in time—to attend a Broadway musical of such renown. As a prominent home for the arts, distinguished by a far-reaching reputation for excellence, SKyPAC is capable of booking shows the caliber of—and as “delightful” as– Anything Goes.

After 80 years, Porter’s songs—including “I Get a Kick Out of You,” “You’re the Top,” “It’s De-lovely,” “Blow, Gabriel, Blow” and, of course, the show-stopping “Anything Goes”—still resonate with today’s audiences.

As for the musical performances, the singing is superb, the dancing is dazzling and the tapping is near mind-boggling. In particular, Emma Stratton, playing Reno Sweeney, and Brian Krinsky, playing Billy Crocker, claim the stage and wow the audience.

Fifteen minutes before the opening act, I make my way to my seat. In the pit, the orchestra tunes up, creating a cacophony of sounds. To the peal of a horn, the thump of a drum, the high-pitched reverberation of violins, the audience streams in. Green-jacketed ushers hand out programs and help people find their seats.

The house lights dim. An expectant hush falls over the room. SKyPAC Executive Director Jan Zarr walks on stage to welcome the audience, noting, to general applause, that his son, Bradley, is among the cast. (Congratulations!)

The overture commences, the curtain rises, the first actors take the stage.

Anything Goes is the first show in SKyPAC’s 2014-2015 Broadway musical series. Coming up are Sister Act, Flashdance-The Musical and Beauty and the Beast. Join in the excitement! Purchase your tickets now for the best seats.

With Opening Night just a few short months away, we are busy developing more opportunities for individuals interested in becoming apart of our SKyPAC Team!

Check out what we have available below …

SKyPAC is looking to hire 2-4 Part Time Ticket Sellers – Applicants should be customer service oriented, courteous, and professional. Flexibility in scheduling is required as the Ticket Office operates 11AM to 6PM weekdays and also on weekends and evenings when there are events. Similar experience in retail and cash handling preferred. Ticket Office workers average between 10 and 20 hours per week.

SKyPAC is currently accepting resumes for several event-based Security/Public Safety Officers. Must be professional, discreet, courteous and very customer oriented. Download the job description here: SKyPAC Security Job Description. Please send your resume to the Security Manager at jwilliams (at) theskypac (dot) com.  We can’t wait to hear from you!

We are currently working on our Volunteer Program information! If you or someone you know would be interested in receiving volunteer information please email your contact information to our new Front of House Manager, Hannah Turner at  hturner (at) theskypac (dot) com.  Download the Volunteer Form here: Volunteer Usher Form or visit our Facebook Page to print the Volunteer Usher Information Form: http://www.facebook.com/TheSKyPAC?sk=app_249605948390196

What are you looking for?